These last couple days I've started work on the star map. The idea is that a random number of stars, their planets, and the planets moons are generated. The numbers of star systems is somewhere between 15 and 20, maybe more or less, I'll tweak it later. These are then arranged into "steps" according to how many minimum jumps I want the player to take to get from the current system to the destination system.

So if there were 15 stars generated, and I wanted 5 steps, the process would go as follows:

In-game the reasoning is that the computer has calculated what it thinks are the most likely jumps to get home after the player has been blasted off into space. Then the player can make their moves to get home, each time coming across random events. Each system may give the player something beneficial, or something bad.

It may not look like much, but here's the work in progress: 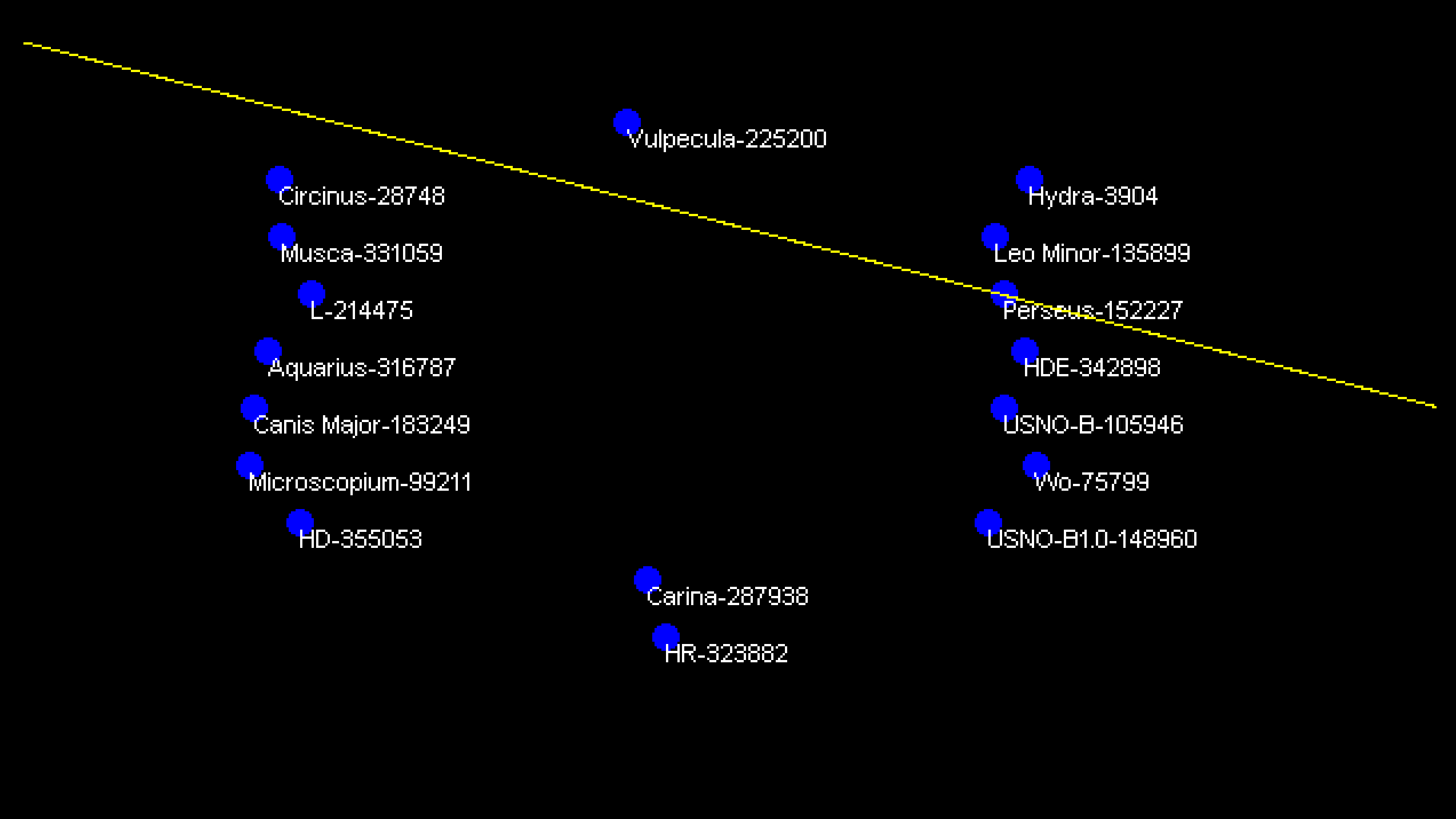 I'm really very happy with the pixel-perfect lines and circles.

The names of the stars is randomly generated. I based the name list off how I understand stars are named. Firstly, they can be named after a constellation or a catalog designator, these are just stored in a big list. I put the list together from wikipedia. Then it's just a dash and a randomly generated number. I like the results, it seems really spacey.

Get The Last Boundary